The Six of Pentacles embodies all it means to be giving. Being charitable is seen by most as a part of good character. Consider Robin Hood. Because he gave to the poor, he was considered rich in spirit regardless of other character flaws.

It isn’t just the down-and-out who benefit from charity though. Aristotle summarized it this way: “The unfortunate need people who will be kind to them; the prosperous need people to be kind to.”

The Six of Pentacles uses the influence of the tarot to spread this knowledge to all and encourage a giving spirit and helpful nature.

But is there such a thing as being too kind? This card also cautions about the danger of not setting boundaries and giving if it is to one’s own detriment.

Before we dive deeper into the upright- and reversed meaning of the Six of Pentacles, we wrote down the most important words represented by this Minor Arcana card.

To fully understand the Six of Pentacles tarot card meaning, we will first take a look at the illustration, its colors, and symbolism.

The wealthy man from this Minor Arcana card is much different from the one depicted in the Four of Pentacles.

His purple garments and elaborate headwrap indicate that he is not only rich but quite possibly, royal.

In one hand he holds the coins that he is giving to the poor men kneeling at his feet. The evenly balanced scale that he holds with the other hand suggests he is interested in more than giving them a few coins.

As one of the beggars receives his pittance, the other looks up at the generous benefactor in awe.

Are you in a very stable position in life? Do you have talents and resources that you are not using that could help others? If so, you might consider using what you have to help improve the situation of someone else or your community.

If you relate more to those seeking help (we all do in some way) and have been in great need of something, prepare yourself to receive what you desire.

The Six of Pentacles is very powerful in the present and future position as it speaks of giving and receiving much-needed blessings.

When pulled in a money and career meaning, the Six of Pentacles is often connected to the following terms:

If you have been looking to start or fund a new business, the outlook is good. Help is at hand and whatever you need will soon come your way.

There is enough to go around, so worrying is not necessary. Instead, look for ways to position yourself to receive what you have been waiting for.

Those wanting to make a career change or receive a promotion/raise should be thrilled to see this card in their spread. By networking and connecting yourself to those who have the ability to give what you want, you will quickly climb the ladder.

On the flip side, if you are the one searching for meaningful ways to give back to humanity, now is the time to put a plan in motion.

The Six of Pentacles is representative of karmic energy. What you put out into the universe, good or bad, will return to you.

However, past the surface, there is an imbalance in power. With one providing, giving, and controlling and the other partner sitting in a position of less control, things are less than equal.

For instance, it often presents itself when someone has married into money or in relationships where one partner is much more financially successful than the other. Although this isn’t necessarily a bad thing, it can lead to resentment on both sides.

If you are struggling with your physical or mental health, the Six of Pentacles tells you that help is one the way! You will soon partner with someone who will be able to assist you in getting things back on track.

The same can be said for those wanting to grow spiritually. A mentor of sorts will be able to assist in this process.

Perhaps it is you who wants to be of service? Sharing what you know or helping someone else grow is one of the best ways to give back to our world.

In this paragraph, we will talk a bit more about what it means if you’ve pulled the Six of Pentacles tarot card in the reversed position.

Most reversals have a meaning that is very opposite of what the upright card stands for. This is not really the case with the Six of Pentacles. Instead, the reversal urges you to look at the negatives connected to giving or receiving when there are no boundaries involved.

For example, it is good to give to our family and friends, always coming to rescue can breed dependence. You will want to make sure to consider every party’s motives carefully.

Not everyone is truly seeking to give without expecting a steep return. The same can be said if you are in the giving position.

If the reversed Six of Pentacles has presented itself in your reading, be sure to read any business or investment contracts carefully. You’ll also want to re-examine any one-sided relationships where you feel someone might be taking advantage of your generosity.

Also, be careful not to rack up debt in the name of doing something good. You are your very first priority and it is so important that you take care of your own needs before trying to give to others.

Six of Pentacles: Yes or No

The Six of Pentacles is a financial card that represents both personal wealth and generosity. You may soon come into some money, so much money that you will be able to give to others.

If you’re considering an investment, doing something to bring in more cash, or furthering a relationship through giving, the answer to your yes or no tarot question is yes.

Six of Pentacles and Astrology

The Six of Pentacles is connected to the zodiac sign Taurus. This sign is concerned with stability, abundance, and finances. Taurus is ruled by Venus, the planet of attraction, beauty, and also abundance.

Six of Pentacles and the Sun

The Six of Pentacles is known as the card of ‘giving.’ When joined with the Sun, you should consider focusing on a special group: children.

This could mean a number of things including adoption, fostering, becoming a teacher, or supporting groups that help kids financially. Take a look at places in your local area that might be in need of volunteers or donations.

Six of Pentacles and the Empress

You are in a good place in life! Abundance surrounds you as does material comfort. The Six of Pentacles together with the Empress tells you that you shouldn’t feel guilty for having it all. You deserve these things.

Still, we should always embrace a spirit of giving and a grateful heart, especially when it comes to works of charity. What do you have that you would be willing to part with for the greater good?

Are you struggling with lack or feeling as if there isn’t enough to go around? Although this may be your present reality, it won’t last forever. You can accept the reality of a situation without getting caught up in what you don’t have.

Create a vision board or write out a list of how you would like things to be and focus on that. Doing so will allow you to change your vibration from one of lack to abundance.

Six of Pentacles and the Four of Swords

Although the Six of Pentacles meaning usually centers on giving to others, when it falls with the Four of Swords, the recipient is you.

Have you been so focused on giving to others that you’ve neglected your own needs? Now is the time to turn the generosity inward and focus on self-care.

Six of Pentacles and the Tower

Are you concerned about a particular cruelty and wanting to take control of the situation? This card combination with the Tower tarot card tells you that you should do so, once you have a plan.

For example, someone might be concerned about all of the homelessness going on in their city and decide to donate time to helping the less fortunate. Our world can’t change unless the fortunate are willing to stand up for those who have trouble doing so.

Six of Pentacles in a Reading

That’s all for the Six of Pentacles card meaning! If you have pulled this card in your spread, did the meaning make sense to your situation in life?

Our community loves to hear about spot-on readings so please take a minute to let us know in the comments below. 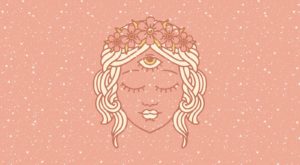 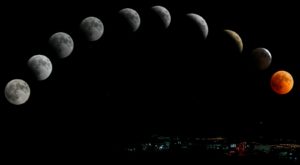 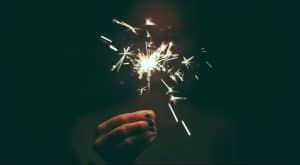