Human connection is one of the most important parts of living. However, there are times when we must take a step back from others, rather than toward them. The Hermit (IX) is one of the most well-known Major Arcana cards, but few people know of its true meaning.

Most assume that it has a negative connotation and represents uncomfortable feelings such as loneliness. Although this can be true in reverse, the Hermit truly represents taking back your personal power and living authentically.

Before diving deeper into the upright- and reversed Hermit card meaning, and its connection to love, work, and life, below a quick overview of the most important words connected to this Major Arcana card.

Holding a lantern in one hand and a staff in the other, the Hermit stands at the very top of a snow-covered mountain.

The sky looks gloomy behind him, and his grey garments are a representation of the great possibilities that exist between black and white.

With his head bowed, this teacher’s lantern light shines brightly, symbolizing all of the knowledge he possesses. The lantern only illuminates a small part of the path in front of him, instead of the full journey. The hermit must proceed his journey step by step and accept that not everything will be revealed all at once.

The mountain top exemplifies all he has accomplished, even if the successes were achieved alone.

In the upright position, the Hermit is a compelling card. Just as beacons of light often guide ships to the shore, this sage is ushering in a period of personal growth and exploration. The Hermit represents wisdom earned by seeking the highest truth.

Often, looking for answers within requires time alone with few distractions. It requires introspection and concentrating less on the senses.

Is this something you are comfortable with? It will require a lot of patience with self and letting go.

Although this can seem a little scary at first, committing to a personal quest for truth can be one of the most rewarding experiences of life.

For most of us, working and making money is a necessary part of life. Unless you were born wealthy or received a financial windfall of some kind, you’ll probably have to focus at least some of your time on earning a living. This doesn’t mean your career has to rule your life.

When the Hermit appears in a money and career reading, it can suggest that you are too focused on working than you should be. Instead of being totally committed to material pursuits, you should search for balance.

As time goes on, money may not be enough to satisfy you, especially if you are in a field you don’t enjoy. Take some time to decide if you are really happy with what you are doing or if you are just going with the ‘status quo.’

When it comes to love and relationships, the Hermit definitely isn’t a positive ‘romance’ card. This doesn’t mean that it always means the ending of a relationship or singleness, although it can. If you’re single and wanting love, make sure that you’re really ready for a relationship.

Do you struggle with seeking validation from others? Work on that. If you have codependency or security issues, spend time correcting those, this way you can attract a partner or a positive vibration. Otherwise, you’ll draw in someone who mirrors those same problems.

If you’re committed and want to stay that way, that’s great. However, that doesn’t mean the Hermit’s message is lost with you.

Make sure that you are pouring just as much energy into yourself as you are your partner and family. Don’t get so lost in your marriage that you neglect the relationship with yourself.

More so than any other card in the deck, the Hermit is a card focused on spirituality. In fact, the Hermit’s central message is to focus on spiritual enlightenment and connecting to one’s higher self by focusing inward.

If the Hermit falls in your reading, focus on spiritual work through activities like meditation, connecting to spirit guides, and learning about/working with crystals.

Because this is a very personal process, it will probably require isolating yourself a bit. This isn’t necessarily a bad thing.

Once you raise your spiritual vibration, everything in your life will improve. This includes health, relationships, and finances.

When the Hermit is reversed, the card represents all of the problematic or negative sides of disconnecting from others. Are you feeling isolated or lonely?

You may have suffered a great loss and be struggling with sadness and grief. There are a million other circumstances that can leave us feeling ‘out of touch.’

The Reversed Hermit Tarot card wants you to know that you shouldn’t run from your problems or emotions. The only real warning is to avoid letting paranoia or fear guide your steps.

As difficult as it might seem, accepting reality and embracing your feelings will help you move forward.

The Hermit: Yes or No

In a Yes or No Tarot reading or the most part, the Hermit is a ‘no.’ Unless you are asking if you should seek spiritual guidance or focus on yourself, the Hermit serves as a stop sign.

This isn’t to say that you can’t have what it is you want in the future. However, some preparation must come first.

The Hermit represents wisdom, spiritual enlightenment, and receiving or giving guidance — also in combination with other cards. Below you can find the most important card combinations of the Hermit tarot card.

The Hermit and the Seven of Wands

You were born to teach! If you’ve never considered yourself a guru of any kind, it is time to look at your skill sets and find something that you could share with others.

Do you dance, paint, do yoga? When you think of yourself, what are you really good at it? If you don’t know, the Hermit combined with the Seven of Wands is encouraging you to take some time to look within.

The Hermit and the High Priestess

Both the Hermit and the High Priestess are connected to introspection and seeking wisdom from within. When they are paired, the message is even clearer.

Use this period of time to nurture your spiritual side. Take a timeout and listen to your intuition. Your higher self always knows what is best for you. The key is learning to trust this internal wisdom and guidance.

The Hermit and the Moon or the King of Cups

Do you have a knack for writing? If paired with either the Moon or the King of Cups, the Hermit may be urging you to embrace this calling. Blogging, journalism, or penning songs/poems can be used as either a pastime or a career. The choice is really up to you!

The Hermit and the Lovers

Although you like your independence, a partnership is on the horizon if the Lovers card shows up together with the Hermit. This could be a friendship, but it probably can also be a romantic partnership.

Either way, it is bound to elevate you on a spiritual level. This will be a positive partnership as long as you both make time to nurture your own needs alongside your connection.

Although I write all the descriptions based on the Rider-Waite Tarot deck, I use other decks too. Below you can find a small selection of stunning Hermit tarot cards. If you drew a tarot card yourself and want to share this, I would love to hear from you.

The Hermit in a Reading

Just remember that the Hermit is not about uncomfortable feelings such as loneliness, but about taking back your personal power and living authentically. 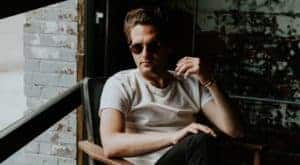 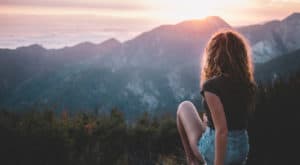 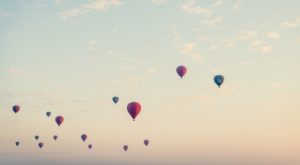