When it comes to tarot decks, where do you even begin? You may have heard of the Tarot de Marseille deck, but what is it? There are so many different varieties, styles, and meanings behind each and every card.

One of these popular choices is the Tarot de Marseille deck, one of the oldest tarot decks known to us at this time. But what is this deck like, and why might it be valuable to you? Let’s learn about it together.

What is Tarot de Marseille?

The Tarot de Marseille is a tarot deck that dates back to the 1700s, in France. It specifically was born in the Marseille region of France- hence the name of this special and reverent deck.

These cards were originally wood printed and illustrated with characters lacking very much color. Given that this deck was one of the first styles to exist, it would make sense that it is much more simple than others!

The Tarot de Marseille has a similar setup as other tarot decks: there is still a major and minor arcana. There are court cards in the form of a page, a knight, a queen, and a king. There are still traditional suits- cups, pentacles, swords, and wands.

However, when you look at the minor arcana, you will only see the numbered pips, or symbols, all on their own, without any sort of extra story or explanation. Why might this be? Does this really lend to a more in-depth reading?

The reason that there is no additional illustration or meaning is that the Tarot de Marseille was originally designed as a playing card deck. Of course, it was also used in a tarot capacity, but having the ability to play a round of cards was useful, especially back in the 1700s.

This inherently means that the Tarot de Marseille wants you to rely on numerology and your instincts to formulate an accurate reading of the cards. Sounds complicated, doesn’t it? You may be surprised about this deck!

If you are interested in learning how to use the Tarot de Marseille deck for yourself, let’s discuss best practices with these cards.

How to Use the Tarot de Marseille Cards?

If the Tarot de Marseille deck has such an ancient history, it is surely an intriguing deck to try out. However, the success of this deck will depend on many things, including your own personal experience with tarot readings in general. Are you a beginner to tarot?

If you are brand new to tarot cards and reading them, you may find the Tarot de Marseille deck overwhelming at first. The major arcana will be easy enough to understand, but that only makes up a small portion of these cards.

Other decks have direct meanings and stories hidden in the minor arcana. These more illustrated decks can be valuable for those of you looking for symbolism and illustrations. However, that does not mean that the Tarot de Marseille does not have important meanings.

Using the Tarot de Marseille involves a direct understanding of numerology as well as the meaning behind the stereotypical pips. When performing a reading, the minor arcana will only make sense if you understand the meanings behind numbers 1 all the way through 10.

However, if you do understand numerology, the meanings found in the Tarot de Marseille minor arcana can be limitless, more detailed, and more catered to you and your situation. The Marseille deck has a lot to offer in its simplicity.

Many tarot practicers learn both the numerology associated with the numbered pip cards, as well as the more in-depth story found on other styles of cards. This is a more experienced tarot reader’s strategy, and it takes some time to study these various meanings.

But how does this simpler deck compare to decks that utilize a more illustrated story? Let’s compare the Marseille deck with another very popular tarot option.

When doing tarot research, you no doubt came across the Rider-Waite deck. This style of tarot is perhaps the most mainstream and popular, primarily because of its more illustrated decks.

The Rider-Waite tarot provides an in-depth story and plenty of imagery in its numbered pip cards, or the minor arcana. There is still a similar major arcana, as well as the same pips: wands, coins, swords, cups.

However, its popularity no doubt stems from its ease of use- this deck provides clear meanings for each and every one of its many cards, including reversal meanings. Many new tarot practicers use a Rider-Waite deck, especially given how many unique designs there are.

While the Tarot de Marseille also has meaning in each of its cards, the meaning isn’t as clear as it is in the Rider-Waite deck. It is more up to your own intuition and understanding of a situation to provide an accurate reading.

This isn’t to say one type of deck is better than the other. No matter what, you have a tool that has been used in divination and higher meaning for centuries!

If you are determined to master the Tarot de Marseille deck, now is the time to do so! But choosing a deck that speaks to you is important, now that you know the format you are hoping for.

There are many designs and artistic styles of the Tarot de Marseille deck. Some have more symbolism than others- some are very simple so that you can parse the meaning on your own.

No matter the choice, you have a tried and true method of divination on your side. Let’s take a look at some of the most popular deck choices for the Marseille style of tarot cards! 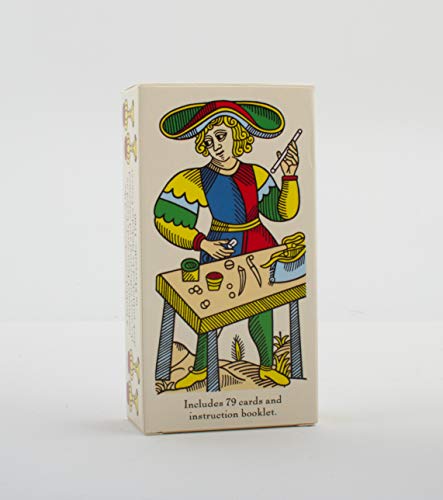 A more modern Tarot de Marseille, the CBD tarot deck appeals to a wide range of people. Originally drawn by Nicolas Conver in the 1700s, this deck was reimagined for a more modern audience.

This tarot was reimagined by Yoav Ben-Dov and transformed into the CBD tarot that we know today, no doubt a combination of the names Conver and Ben-Dov: CBD!

It was printed widely, and should still be readily available for purchase today. The illustrations are more colorful and detailed, while still paying homage to the Conver deck that it was originally based on. 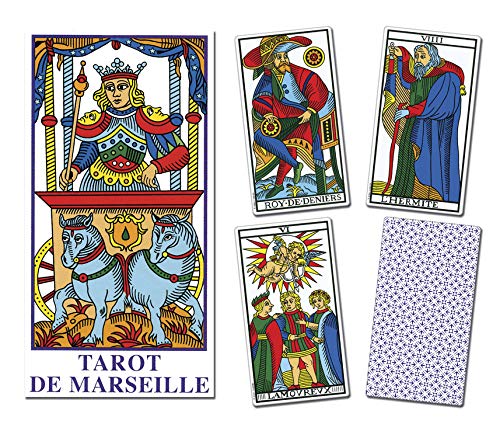 Reimagined in 1997, the Camoin-Jodorowsky deck is another Marseille Tarot favorite. It has taken the original woodcuts and kept much of their originality and traditional look- this deck is just more vibrant and appealing.

Tarot has been mainstream for some time, and that is surely due in part to the Camoin-Jodorowsky deck. It was an obvious deck choice back in the late nineties, and that popularity continues today! 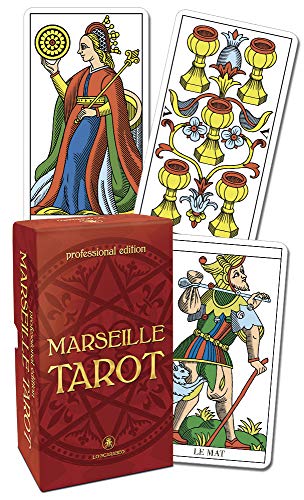 Dating as far back as 1650, the Jean Noblete tarot deck is a popular Marseille tarot choice. The illustrations are colored boldly, with primary colors, and the backs of the cards are criss-crossed in a pleasant pattern.

There is a surprising amount of detail to this deck, especially when you consider the year it was created. While you won’t get much of a story out of the minor arcana, you will no doubt be amazed at the reverent designs.

This deck has been restored and reprinted for your use, and includes an instructional booklet for interpreting all of the cards held within! 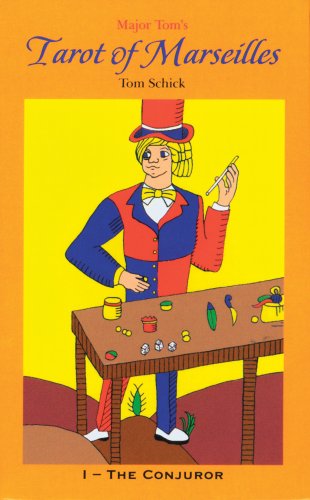 This style of Marseille tarot is a bit more intriguing than the others. While this deck does indeed duplicate the overall imagery found in the original deck, the characters have been drawn in modern attire!

The Major Tom’s Tarot deck is a fun and interesting variation that may appeal to many of you. Seeing these old figures dressed in tee shirts and modern suits brings this ancient tradition into a more modern light! 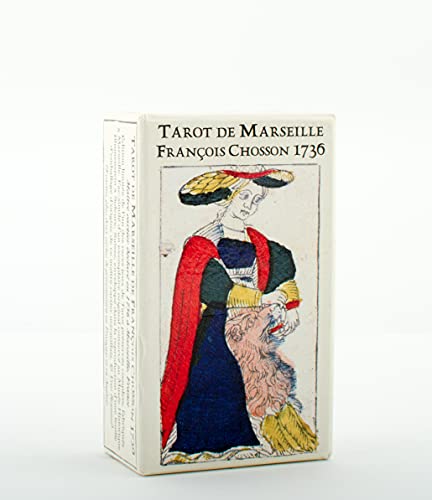 Using even fewer colors would seem to be negative in most contexts. However, the Francois Chosson tarot is somehow even more detailed and lovely, even though the images are painted using only yellow, red, and black.

Taking the original woodcuts and painting with more of a watercolor feel adds a dreamy and stylistic quality to these cards. While they have been printed only as a limited edition, this deck is worth admiring for its use of colors and imagery.

What Is Your Experience With The Tarot De Marseille? 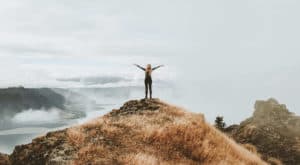 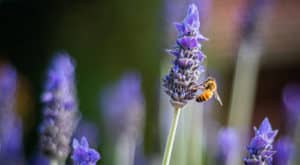 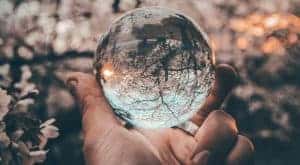