The standard tarot deck consists of 78 cards, each with its own imagery, symbolism, and story. It is divided into two sections, the Major Arcana, and the Minor Arcana. The Major Arcana consists of 22 cards, representing the life lessons, karmic influences, and the big archetypal themes that are influencing your life and your soul’s journey to enlightenment.

The word Arcana is the plural of Arcanum which means profound secret. The alchemists of the middle ages considered the arcanum the secret of nature. Therefore the tarot cards represent a collection of the secrets that underlie and explain our universe.

The Major Arcana cards are often considered the most important cards of the deck. They don’t belong to any of the four suits of the tarot: Wands, Pentacles, Cups, and Swords.

If you place the Major Arcana cards in numeric order from 0 (the fool) to 21 (the world), they form a symbolic story. This story is also known as the Fool’s journey. The Fool is the main character of the Major Arcana and makes his journey through each card. Along the way, he meets new teachers and learns new life lessons. Eventually, the Fool completes his journey with the World card.

The Fool’s journey depicts and explains our individual journey of self-development leading from the earliest awareness (the Fool card) to integration and fulfillment (the World card). You can look at it as a general life path, or use it to examine a certain area/period of your life.

The Major Arcana in a Reading

The Tarot’s Major Arcana cards don’t bother with everyday events and people you meet daily. They appear when something extraordinary happens, something important, and an opportunity for a life-altering lesson. Therefore you should pay extra attention when a Major Arcana card appears in your spread, as it suggests big themes and lessons.

Each Card is an Archetype

Most of the Major Arcana cards are easily recognizable and their meanings are intuitively clear to everyone who knows Western culture and tradition. The Empress, the Magician, and the Devil are examples of characters that are well-established symbols in our culture. However, the Chariot, the Wheel of Fortune, and the Hanged Man are examples of Major Arcana cards that are slightly less known.

The good news is that you only have to glance at the descriptions of those cards to recognize what they represent. Here you find all the cards of the Major Arcana of the Rider-Waite tarot deck, but the descriptions also apply to many other tarot decks. Our tarot beginners guide provide useful tips about choosing your tarot deck and how to familiarize yourself with the cards. 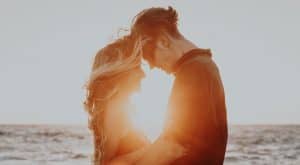 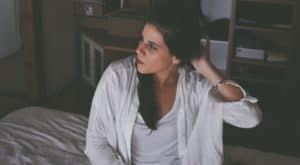 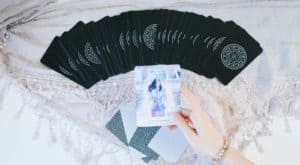