We’ve all heard about Twin Flames, and those who are yearning for the kind of intense romantic connection that a twin flame relationship can bring are especially keen to learn more about them.

We’ve talked about the signs and stages of a twin flame relationship, but if you’re still unsure of how to proceed, or whether this person really is your twin flame, there’s nothing quite like consulting the tarot to get the answers you need.

The cards of the Major and Minor Arcana describe life experiences that we all can recognize and are part of our journey as a spirit inhabiting a body here on earth, to an extent.

When you’re looking for answers regarding the other half of your spirit, the twin flame, there are a few cards that, when they’re present in a reading, can indicate a twin flame relationship. Let’s take a look at them.

The five cards that perfectly represent a twin flame relationship are The Lovers, Two of Cups, Four of Wands, The Sun, and The Devil. Let’s dive into the meaning of each of these cards and why they are related to twin flames.

Perhaps the most obvious card on this list is The Lovers. In Pamela “Pixie” Colman-Smith’s artist rendering of this card, two lovers stand naked, reaching out for each other, surrounded by a tree on either side while an angel rises from a cloud above them, framed by the sun. To the women’s side is a tree bearing fruit, entwined by a snake, while to the man’s side is a tall tree with fiery leaves, echoing the fire of the angel’s hair.

Though the lovers are reaching out to each other, they are separated, as much by the angel between them as by the tall mountain in the background. They have different motivations – the symbolism is clearly meant to depict Adam and Eve in the garden of Eden – twin flames if ever there were any.

The Lovers showing up in a twin flame reading indicates that there is a push-pull between two people who feel strongly about each other.

Represented by Gemini, the Lovers describe a mirrored relationship – seeing the good in yourself mirrored in another, as well as the bad (which we’ll talk about later.) The Lovers is as much a card about choice as it is about love.

Attraction is often not a choice, but choosing to put the work in to grow individually and as a couple is a choice that must be made by both parties.

Depending on the surrounding cards, The Lovers can indicate the need to make a choice, the choice having been made, or the choice being ignored or refused (especially in the reversed position.)

The Two of Cups is a less intense version of The Lovers card. It depicts a man dressed in a colorful tunic, boots, and leggings, holding a cup in one hand and reaching for the cup of his companion, a woman dressed in a toga and surcoat with a laurel wreath in her hair.

Between them, mirroring the angel in The Lovers, is the Caduceus symbol, a symbol of the messenger god Hermes, surmounted by a Lion’s head with wings.

The Cups in tarot represent emotions, so the companions holding their cups out to each other, crowned by the Caduceus, which represents communication and negotiation, indicates a couple who are perhaps negotiating an emotional relationship together, offering their hearts through clear communication.

The lion’s head represents the Strength tarot card, which relates to strength by letting down one’s defenses. These companions are letting down their defenses, communicating, and ultimately sharing their lives together. The Two of Cups can represent any sort of relationship, but since Cups relate to emotions, it is very often a romantic connection.

For twin flames, this card represents the breaking down of emotional barriers and letting down one’s defenses in order to accept love, and by accepting love, being able to give love. This doesn’t just happen, though.

In a complex bond such as a twin flame relationship, feelings must be negotiated and communication must be present at all times.

This card can show up in a twin flame reading to indicate the readiness of both parties to begin these negotiations, while reversed, it can indicate a need to start negotiations or an unwillingness to commit to this emotional transference at this time.

In Tarot numerology, Four represents stability. Wands are the fire element of the tarot, and represent action and creation. Creating a stable foundation should be the goal of any relationship, including –and especially – the twin flame relationship.

In this card, a couple celebrates their marriage, both joyously holding their bouquets in the air while a crowd watches, in front of the castle gates. In the foreground is a wedding arbor strung with flowers and ribbons, to represent the foundation of 4 walls – which make a home – and the strong foundation they are beginning their marriage with.

When this card shows up in a twin flame reading, it can indicate that a sacred foundation has been built, and you and your twin flame are ready to embark on a new life together, creating a relationship that brings you much joy and happiness.

If it’s reversed, it can represent, like in Two of Cups, a reticence or unwillingness to put this work in or to create this foundation. It can represent the Turbulence stage or the Run/Chase dynamic.

The Sun tarot card is a card of clarity, of light that has previously been hidden suddenly shining out joyously and bright. The feeling the Sun represents is the feeling that you will often feel as soon as you meet your twin flame.

You’ve been moving in darkness before, perhaps without even knowing it, but as soon as you meet, the clouds part, and the light shines down.

The Sun, obviously, is the major focus of this card, taking up almost half of the image. Below it, sunflowers reach their petals joyously to their namesake, while a happy baby wearing a crown of sunflowers rides a white horse, with a vibrant red cloth flowing behind.

The baby represents newness, and trust that their needs will be taken care of. There is a general feeling of joy and happiness radiating from this card.

Reversed, this card can show you that you haven’t met this person yet, or the person you thought was your twin flame might be more of a soulmate, or even just a brief, yet powerful connection, ultimately bringing you closer to your twin flame.

The Lovers is mirrored by the Devil. The symbolism is even mirrored here, with the lovers now chained together in the dark underworld, crowned with devil horns and tails. The woman’s tail is a dark fruit while the man’s appears to have just been lit on fire by the devil himself.

Above them rises, not the benevolent Angel, but The Devil himself, crowned by an upside-down pentagram, perched on a stand that is connected to the chain connecting the lovers.

As the Lovers shows the mirroring of good qualities about yourself in your twin flame, the Devil represents the shadow parts of yourself, things that you wish to keep hidden from the world, being mirrored by them.

This is a huge part of the process of processing your bond with your twin flame, as they very often trigger you by showing you aspects of yourself you have repressed or told yourself were “bad”.

Your Shadow side is an important part of yourself, and one that should be embraced and integrated.

A twin flame can help with the integration process – in fact, growing and embracing your shadow is an important step in a twin flame relationship. No matter what, your fates are linked, so refusing to do this work will only lead to the pain of separation and continuing to keep parts of yourself hidden.

The Devil showing up in a twin flame relationship is actually a great sign that this is work you and your twin flame are willing and ready to embrace – or a nudge that you should be paying attention to this opportunity for growth in your relationship.

While there are other cards representing budding emotions and happily-ever-afters, like the Ace of Cups and Ten of Cups, twin flame relationships don’t bud as much as they burst into your life and the road to happily ever after can be rocky – if you can even get there.

As long as you are willing to put the work into growing alongside your partner, your twin flame relationship can flourish into a beautiful flower, and these 5 twin flame tarot cards can help guide you in the right direction.

Previous Post: « Healing Solfeggio Frequencies: 9 Frequencies for Healing and Happiness
Next Post: Tarot Knights 101: How To Understand These Court Cards » 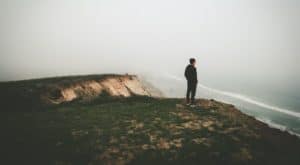 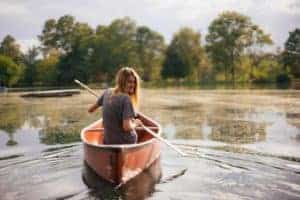 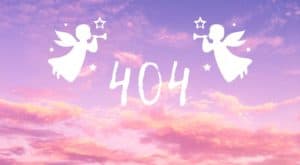