The Seven of Wands represents standing up for what you believe in and not wavering in those beliefs. When others put you in a position to argue your point, you rise to the occasion.

You are passionate about your morals and desires, and you’re not afraid to defend them. You are not concerned with offending anyone nor are you worried about how others might think of you.

In a tarot reading, the Seven of Wands sends a clear message: don’t allow yourself to compromise your thoughts and opinions to make others more comfortable or to avoid an argument. This Minor Arcana card encourages you to stand confidently and defend yourself.

Before diving deeper into the upright- and reversed Seven of Wands card meaning, and its connection to love, work, and life, First a quick overview of the most important words connected to this Wands card.

To fully understand the Seven of Wands tarot card meaning, we will first take a look at the illustration, colors, and symbolism.

On the face of the Seven of Wands, a man stands near a small mountain cliff. In front of him are six wands, sticking up out of the ground.

His gaze fixed upon the sticks, he holds his own staff in front of him in a defensive position.

Each wand shooting up from the ground in front of him is a different length. They are also pointing in various directions, representing tough challenges.

Be this as it may, the self-assured man seems to be ready for an attack and prepared to hold his own.

Refusing to yield, being firm, and demonstrating strong character, it is unlikely that he will be defeated in this battle.

The old adage, ‘only the strong survive,’ is well represented by the upright Seven of Wands. If this card constitutes your past, present, or future, you will be called upon to exercise your willpower and stand up for what you believe in.

Asserting yourself, going after what you want, and holding out against pressure will all be required. Thankfully, you have what it takes to make this happen.

The upright Seven of Wands suggests that it is time to plant your feet firmly and take a fixed position. Doing so will bring about both success and a boost in self-confidence.

In most money, career, education, and business readings, the Seven of Wands sends a stern message – protect what you have. Like it or not, there are always people and outside situations that have the power to influence our lives negatively.

The possibilities are endless, but everyday situations include coworkers trying to knock you off of the career ladder or investment partners or salespeople attempting to get a big payday at your expense.

The Seven of Wands can also predict identity theft and the need to be more proactive and defensive when it comes to your finances.

If you are asked to become involved in something that doesn’t feel right, don’t be afraid to say no! Stand up for what you believe to be morally right. Your position is not one of weakness, and you should strive to keep it that way.

In regards to finances, the Seven of Wands urges you to protect the wealth that you have. Now is a great time to start a nest egg fund or to make a smart investment. You must always consider your future when it comes to money.

You may be successful and plentiful at the present time, but you never know what the future holds. If you prepare for this mindfully, you can protect yourself and your family from financial ruin.

There are two main ways that the Seven of Wands presents in a love reading, and both have to do with emotional walls.

If you are single or dating but afraid to fully commit, ask yourself the following question: what is holding me back?

Although it is important to stick to our beliefs, being too rigid can stop us from having the love and relationships of which we have always dreamed. If you can give someone a chance without sacrificing who you are, you should.

If you are fully committed, the message shifts a bit since the Seven of Wands advocates putting healthy boundaries in place.

Do you feel that your partner is not respecting your wishes? Are there things about your relationship that you really want to change? Stick to your guns! Although conflict is rarely desirable in a marriage, it can be necessary at times.

The same can be said for relationships with family and friends. Do you feel strongly about something? Is there a way you can handle the situation without becoming too aggressive? If so, take your position.

Readings of health and wellbeing that include the Seven of Wands send an important message: guard your mental and physical health. If there are parts of your lifestyle that are not beneficial to your overall success, cut them out. The same goes for toxic people – cut them out.

Life is too short to sacrifice your own happiness and wellbeing for someone who isn’t committed to seeing you be your best self. As hard as it may be to achieve, we must make sure that every part of our existence is building us up versus breaking us down.

In this paragraph, we will talk a bit more about what it means if you’ve pulled the Seven of Wands tarot card in the reversed position (upside down).

There is a fine line between standing up for what we believe in and fighting a losing battle. Sometimes, the end does not justify the means.

Look at the pros and cons. Are you tired mentally, physically, or emotionally? Has making your point forcefully time and time again led to burnout?

If you find yourself losing control, search for a compromise. If there is none, plan a way out. It may be time to accept what is. Even if it is a temporary defeat, you may need to retreat, and recap.

Seven of Wands: Yes or No

The answer of the Seven of Wands in a yes or no reading is yes, as long as you are willing to stand firm. This might mean that you have to endure pain, resistance, and judgment from others in the meantime.

However, these short-term inconveniences will seem like nothing when the end is a long-term success. Be sure of what you want, and you will surely receive it. Use courage as a gateway.

Seven of Wands and Astrology

The Seven of Wands is connected to the zodiac sign Leo. The main characteristics of this sign are vivacious, creative, theatrical, and passionate. Leos love and live life to the fullest rather than being in charge at home, work, and play.

The Seven of Wands card is for standing up to what you believe in. Also when combined with other cards, it doesn’t lose this meaning. Below I wrote down the most important Seven of Wands combinations.

Seven of Wands and the Emperor or Strength

When paired with the Emporer or Strength, the opposition you face will be a powerful one. The Emporer suggests a person in authority will come up against you and require you to hold strong.

With Strength, the Seven of Wands urges you to take a stand for those who can’t protect themselves, such as children or animals. Is there a way to use your own personal power to help others?

Seven of Wands and the High Priestess

When the High Priestess appears alongside this Minor Arcana card, you may need to toughen up. Being too passive or holding back won’t place you in a position for success. Prepare to take the reigns and control of the situation at hand.

Seven of Wands and the Five of Swords

The Five of Swords suggests you are surrounded by enemies. Although the conflict might not be your fault, resist developing a ‘them against me’ outlook. This mentality will only hold you back and stop you from coming up with a plan to overcome your challenges.

Seven of Wands and the Two of Swords

Are you avoiding making tough decisions? If so, you won’t be able to do so much longer. The Seven of Wands combined with the Two of Swords indicates that the time has come to make a choice and stand firm in it. By straddling the fence, you are only prolonging the inevitable.

Seven of Wands and the Queen of Pentacles

The combination with the Queen of Pentacles tells you that family needs to come first. Protect your home and everyone you love. Rid yourself and your environment of anything toxic. The same goes for things that no longer serve you.

Seven of Wands and Wheel of Fortune

When the combination with the Wheel of Fortune shows up in a reading, it is a reminder to protect your long-term wealth.

A savings account or investment account that you have may be under attack. Be careful in loaning out any money at this time.

The person that comes to you for help may have ulterior motives and will negatively affect your future as a result.

Seven of Wands and Eight of Cups

When the Seven of Wands and the Eight of Cups appear alongside one another in a reading, it signifies walking away from stress. Any situations that you have in your life that are causing you anxieties, it is time to let those emotions go and to walk away.

This is sometimes easier said than done, but it is imperative for the future that you deserve. Protecting your inner peace by eliminating things that stress you out is the best rule of thumb for a happy and harmonious life.

Seven of Wands and Three of Cups

The duo of the Seven of Wands and Three of Cups has come to remind you of the importance of spending time alone. If you are a social person, it is easy to get lost in daily interaction with your friends or social circle.

Now is the time to take a step back from interaction and spend some time alone. The relationships that you have will flourish when you take the time to recharge your batteries.

Seven of Wands and Ace of Pentacles

If the Seven of Wands and the Ace of Pentacles come up in a reading, you can expect increased responsibilities at work. These responsibilities may come paired with a promotion or a change in title, or it could be as simple as learning and taking on a new task.

The new skills that you will learn will make you more valuable in your career, and you will be feeling confident, as well. Embrace the changes and put your all into learning everything you can. The cards tell us that you will be successful if you do.

The description of the Seven of Wands in this article is based on the Rider-Waite Tarot deck. This doesn’t mean that I use other decks too. And there are so many stunning decks out there! Therefore, I’ve added some of my favorite Seven of Wands cards to this article.

What do you think of the Seven of Wands?

That’s all for the Seven of Wands Tarot card meaning! If you have pulled this card in your tarot spread, did the meaning make sense to your situation in life? 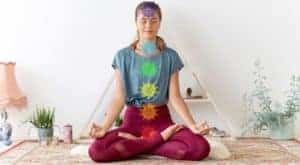 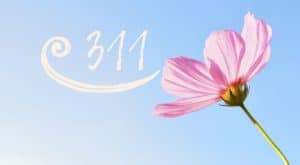 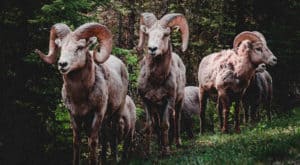