If this card were a Disney movie, John Smith and Pocahontas would be on the face. The Three of Wands tarot card urges you to go the distance.

Whether the journey is related to business, financial, success, love, or self-care doesn’t matter very much. Courage, discipline, and expansion are the bridge between dreams to reality.

Is there a certain place you’ve always wanted to travel to? Are you itching to move forward in life? Is there something that your higher self is urging you to explore?

Embrace your inner leader and prepare for take-off!

Before diving deeper into the upright- and reversed Three of Wands tarot card meaning, and its connection to love, work, and life, first a quick overview of the most important words connected to this Wands card.

To fully understand the Three of Wands tarot card meaning, we will first take a look at the illustration, its colors, and its symbolism.

The Three of Wands shows the same man depicted in the Two of Wands, who has now left the comfort of his castle and is in a vast open space.

Gazing out to the sea, he can see everything coming his way. Surprise attacks are unlikely from this vantage point, suggesting that a happy outcome is guaranteed.

The man seems both grounded and ready to set out on an adventure. The three wands around him are firmly planted, representing the man’s commitment to his future plans. This is also shown by his future-focused gaze.

A journey awaits him and the sea symbolizes all of life’s challenges and opportunities. Thankfully, he is prepared for what lies ahead.

In the upright position, the Three of Wands predicts success in all areas. However, there is one requirement – a healthy balance of planning and risk-taking.

Opportunities await, but are you willing to leave your porch and meet them? If so, expect big rewards when it comes to your finances, career, love, and overall well-being.

When it comes to career and finance, the Three of Wands suggests that you go on a ‘treasure hunt.’ Are there opportunities that you have overlooked or perhaps put on the backburner? Were you offered a position or promotion in the past but decided not to take it? Now might be the time to reconsider.

If you own a business or are thinking of starting one, think global. Whatever niche you invest in will be one that is needed in a large area, not just your own city. Take some time to explore different ideas and move forward when you feel confident.

Romantic flings and love abound when the Three of Wands shows up! If you are single, get ready to mingle – especially if you will be on spring break or vacation soon. This isn’t to say that the person you hit it off with won’t turn into a life-long love.

Just keep in mind that the way you meet will probably be a bit unique. Tinder dates, long-distance love, and trists abroad are all options when this gentleman presents himself in a reading.

If you are already married or otherwise committed, plan a getaway for just the two of you. Even if you have kids, alone time is important. Pull up a map and plan a trip together. The result will be a much tighter romantic bond.

The same is true of friendships. Bestie trips can be fulfilling getaways as well since they can help you learn more about those you love and yourself.

If you have been struggling with your health, an illness, or a spiritual issue, the Three of Wands indicates that now is the time to take matters into your own hands. Look for alternative solutions that those close by may not know about.

For example, Western medicine relies heavily on prescription medications to treat illnesses. However, there are many homeopathic and holistic approaches that have great results. Do some research and speak to your physician about what you’ve found.

In this paragraph, we will talk a bit more about what it means if you’ve pulled the Three of Wands tarot card in the reversed position.

When it presents itself in reverse, the Three of Wands symbolizes a roadblock of some kind.

This isn’t to say that you shouldn’t begin the journey, but that you should prepare for hurdles along the way. Cast self-doubt and regret to the side. Forget about the past, look only to the future.

The Three of Wands is all about embracing your inner visionary. Think closely about the type of adventure the Three of Wands might be suggesting you embrace. What kind of things can you predict to be stumbling blocks?

Conquer what you can upfront, and then take things one step at a time moving forward. Embrace help from others instead of going at it alone.

Rallying a group behind you will allow you to break through any barriers that stand in your way.

Three of Wands: Yes or No

The Three of Wands in a yes or no reading is a ‘yes’ card in general. The outlook is especially positive for questions centering around new ventures, travel, moves, and long-distance relationships. Just make sure you plan ahead since happy outcomes are usually linked to effort and achievement, not luck.

Just make sure you plan ahead since happy outcomes are usually linked to effort and achievement, not luck.

Three of Wands and Astrology

The Three of Wands is associated with the zodiac sign Aries, the sign of initiative, ambition, power, and confidence.

Aries is ruled by Mars, the warrior of the planets. Mars is fiery, masculine, and can bring dramatic breakthroughs and revolutionary change. The structures of the past are torn apart to make progressive change.

Wishes coming though, leadership, and achieving a new level of mastery: this is all embodied by the Three of Wands tarot card. But keep in mind that the meaning can change when the card is combined with other cards.

Especially Major Arcana cards can have a significant impact on the meaning of this minor arcana wands card. Therefore I included the most important Three of Wands card combinations.

Three of Wands and the High Priestess

If you are working toward a stronger sense of self, get ready to achieve enlightenment. The Three of Wands paring with the High Priestess indicates a period of peace and tranquility is on the horizon. Look for ways to connect with your higher consciousness.

Three of Wands and the Empress

Did you finally find your dream house or run into the love of your life? One of my favorite combinations of the Three of Wands is with the Empress, as they indicate that you get exactly what you wished for. This pair showing up in a reading is a very good omen that things will come your way.

Three of Wands and the Emperor

The Emperor represents the highest leadership and symbolizes power, strength, and success that comes with hard work and dedication. When this card shows up together with the Three of Wands it signifies that you have what it takes to be successful.

It tells you that you’re about to reach a new level of mastery and that you should embrace an upcoming leadership role. All you have to do is let your self-confidence shine through.

Three of Wands with the Fool

The Fool stands for new beginnings, going on an adventure, and being spontaneous. It encourages you to take the leap and follow your dreams. Combined with the adventurous Three of Wands card it tells you that now is the time for adventure.

We all know that nothing is written in stone and that nothing works out the same for everyone but taking that first step is the most important thing. Take the initiative and go on a trip, or even just a weekend getaway. Anything involving travel will turn in your favor.

Three of Wands and the Death

When the Three of Wands is combined with the Death card, be ready to say goodbye to all the toxic people and thought patterns that are holding you back.

By removing bad influences out of your life, there will be space for new, positive forces. You will feel more enlightened and good vibes only will enter your life!

Three of Wands with the Two of Swords or the Hermit

This combination tells you that you must find a way to get yourself out of this rut. If you have been feeling ‘stuck’ or isolated, the Three of Wands combined with the Hermit or the Two of Swords is encouraging you to step outside of your comfort zone and into a new way of living. Although you might not see the whole picture, taking the first step is all that is necessary.

You have probably noticed that I write all my descriptions based on the Rider-Waite Tarot deck. This doesn’t mean that I use other decks too. And there are so many beautiful decks out there! Below you find a small selection of beautiful Three of Wands cards.

I often get comments and messages about the meaning of the Three of Wands. Lots of my readers question what it means upright versus the reversed position.

This is a card I’ve studied quite extensively, so I’ve combined a short list of frequently asked questions. Hopefully, this will offer a little more insight into the third card of the Suit of Wands.

What does the Three of Wands mean?

What does the reversed Three of Wands mean?

When it appears in the reversed position, the Three of Wands symbolizes a blockage of some kind. You may be in a place where you are wanting to move forward with your relationships, finances, or other areas of your life but feel ‘stuck.’ If you’re disappointed with decisions or the outcome of a situation, the Reversed Three of Wands appears to bring these feelings to the surface. Thankfully, bad times don’t last forever. Instead of dwelling on failures, take what you can learn from the situation and make a new plan.

What does the Three of Wands Mean in a Love Reading?

Get ready for romance! The Suit of Wands isn’t your typical love suit. However, I often see the Three of Wands appear in a love reading in two different scenarios. One: you are (or soon will be) in a long-distance relationship. Two: Your relationship/marriage is on the cusp of blooming into something new and wonderful. The Three of Wands is all about growth, so your relationships of all kinds should blossom under its guidance.

Is the Three of Wands a Yes or No card?

Lots of readers ask the Tarot ‘yes’ or ‘no’ questions. One of the easiest ways to get an answer is by pulling just one card. If you pull the Three of Wands in the upright position, the answer is a definite yes. Even more so if you’re wanting to know about pursuing something new. If the card falls upside down, the answer is ‘not right now.’ There are roadblocks that must be moved before you can progress.

Three of Wands in a Reading

That’s all for the Three of Wands Tarot card meaning! Can’t get enough? Learn how to read tarot in this Tarot Beginners Guide or read more about the other major arcana cards here.

If you have pulled the Three of Wands tarot card in your spread, did the meaning make sense to your situation in life? 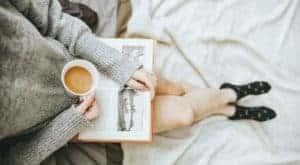 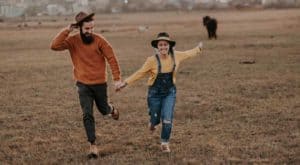 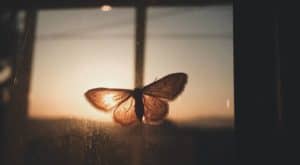