The Nine of Swords is largely regarded as a negative card to draw because of its connection with fear, anxiety, hopelessness, and despair.

I remember the first time I pulled this card in a personal reading, I wanted to quickly reshuffle my deck. I avoided the urge to do so for one reason: whether I liked it or not, it truly did represent how I was feeling.

The implication of the card is not that you have a bad life, but rather that you’ve allowed negative emotions to take over your entire existence.

Do you feel overwhelmed at home or in work situations? Are your nights riddled with anxiety and grief? It may be the time to take a close look at what is bothering you and determine whether you are making a mountain out of a molehill.

Before diving deeper into the upright- and reversed Nine of Swords card meaning, and its connection to love, career, and life, below you can find a quick overview of the most important words connected to this Minor Arcana card.

To fully understand the Nine of Swords tarot card meaning, we will first take a look at the illustration, colors, and symbolism of this Swords card.

The Nine of Swords tarot card depicts a man sitting on a bed with his face in his hands. On the wall behind him hangs nine swords in a line mounted vertically.

The man’s shoulders are hunched downward, suggesting that he may have awoken from a nightmare or that he is crying into his hands.

Below him, a carving of a person being defeated is engraved into his bed, representing the hopeless despair that he feels.

In the upright position, the Nine of Swords is a card that represents self-defeat. It indicates feelings of deep unhappiness, stress, being overwhelmed, and burdened. If this card comes up in your reading, you won’t have to wonder why. The emotions connected to this card are usually so strong that they are what prompts the reading in the first place!

You may also feel as if there isn’t much that you can do to fix your situation. This is not the case. If you hope to gain deliverance from this, you must take a look in the mirror.

Are the problems that you are facing in life truly as bad as they seem? The Nine of Swords tarot card is here to tell you that you might be carrying a cloak of victimhood.

Not to worry, though! No matter what the situation is at home, at work, or regarding your health, there is always a way to overcome your emotions.

In a career spread, the Nine of Swords denotes feelings of hopelessness and anxiety over your work situation. Perhaps you having trouble enjoying your job or participating in team activities at work. You may believe that the conflict that you are experiencing with your team members is a result of them not liking you.

I understand how painful this might feel, but you can’t let the perceptions of others rule your reality. Give it your all at work, school, and outside projects. When you do so with a positive attitude, things will fall in place.

In a finance reading, the Nine of Swords serves to tell you that your financial situation may not be as bad as it appears. If you are worried about money, try to focus on what you do have instead of what you lack.

Now, come up with a plan. You may want to lay in bed and give up, but that won’t make things any better at work or financially. So, what can you do instead?

When the Nine of Swords appears in a love reading, someone is an emotional wreck. This card is an indication that things aren’t going well in your love life at the moment.

It is possible that you and your partner have been arguing a lot and it is causing you both a great amount of stress or anxiety.

Now is the time to take a close look to determine whether things really are as dire as they seem. You might find that the strife in your relationship can be resolved with something as simple as a conversation.

If you are single, the Nine of Swords illustrates that you may be dwelling on the past. Are you wishing you could change something that happened in a past relationship? Now is not the time to look backward.

The past is the past, and there likely isn’t much that you can do to change that. Look forward and determine what can be done to bring about positive change in your future.

In a health reading, the Nine of Swords stands for two different things: mental disorders or migraines. If you receive this card as part of a health spread, a doctor’s visit is in order.

In the meantime, you should be cautious of self-medicating with drugs or alcohol. Understand that these forms of coping will only make your situation worse.

The best thing you can do is to reach out to someone that can support you along the way to a happier and healthier you!

In this paragraph, we will talk a bit more about what it means if you’ve pulled the Nine of Swords tarot card in the reversed position (upside down).

In the reversed position, the Nine of Swords represents overcoming obstacles. You have recognized that you are your own worst critic and that many of the problems in your life are stemming from self-criticism.

This self-criticism has paralyzing effect and slows you down in many aspects of life. It makes you feel small and might has emotional consequences like anxiety or feeling depressed.

So, if the Nine of Swords reversed appears in your reading, it’s time to minimize this negative self-talk and confront your inner critic with an entirely new perspective.

Start your day with positive self affirmations, focus on the present, or replace every negative thought with something encouraging that’s also accurate.

There are many tools that can help you to get rid of this critical inner voice and will manage your anxiety. Once this mission is complete, you will gain clarity.

Nine of Swords: Yes or No

The Nine of Swords tarot card has all-around negative implications in your tarot deck. Because the card symbolizes pain, anguish, and inability to cope, in a yes or no spread the answer to your question is a stern no.

Instead of making a big decision, take the time to look at what is going on internally. Once you’ve gotten to the root of the problem, you’ll be ready to move forward.

Nine of Swords and Astrology

The Nine of Swords tarot card is connected to the zodiac sign Gemini. This air sign is very intelligent and picks up knowledge quickly.

A Gemini is the charming, flirty, and sometimes gossipy family member who is always young at heart. However, if this zodiac sign goes to its dark side it can become unstable and volatile.

Fear, anxiety, hopelessness, and despair are the main themes of the Nine of Swords tarot card. In combination with other cards, these themes are present. Below you can find the most common Nine of Swords card combinations.

Nine of Swords and The Fool

When the Nine of Swords and the Fool appear together in a spread, they call attention to feeling unprepared for a situation.

Perhaps you have a job interview coming up for an opportunity for which you don’t feel ready. You may also be nervous that the interview won’t go well because you don’t have everything you need to succeed.

Remember in these moments that you mustn’t let your anxieties get the best of you. A recruiter wouldn’t waste their time considering unqualified or underqualified candidates. You have what you need to succeed – all you must do now is believe in yourself.

Nine of Swords and The Magician

The combination of the Nine of Swords and the Magician tells you that misunderstandings will cause stress in your life.

Do you feel like you are in constant disagreement with someone close to you? The cards are trying to tell you that the cause of all your stress is rooting from a misunderstanding.

Spend some time with this person clarifying their side of the disagreement and make sure that you also explain your own. This is the best way to solve the problem in front of you.

Nine of Swords and the Empress

The Empress card is all about creativity and therefore tells you that if you are looking for a way to create abundance and make money, you shouldn’t pursue traditional routes.

When this card is combined with the Nine of Swords, it’s a sign that you don’t have to worry about your financial situation. Instead, look at what you have and make plans for the future that include creativity and non-traditional routes.

Nine of Swords and The Lovers

If the Nine of Swords and the Lovers tarot card appear in a spread together, you are unnecessarily worrying about your relationship.

Although you may believe that your partner isn’t interested in you and that the relationship isn’t going to last, this simply isn’t true. You are allowing your self-doubt and pessimism to take your mind over.

Try focusing on the positive things in your relationship and remind yourself that this person has every opportunity to leave should they wish to do so.

Doubting your loved one’s intentions and the relationship as a whole only hurts you.

Nine of Swords and The Wheel of Fortune

The Nine of Swords and the Wheel of Fortune denote fear of the future. Although we cannot know what is in store for us, there is no need to fret about what may come.

The worst thing you could do would be to allow your mind to wander to worst-case scenarios. The future is sometimes a scary thing, but don’t let that take over your life.

Have faith that you have the tools necessary to handle anything that comes your way.

Although the description of the Nine of Swords is based on the Rider-Waite Tarot deck, it doesn’t mean that I use other cards too. And there are so many stunning decks on the market! Below you can find a small selection of beautiful Nine of Swords tarot cards.

Nine of Swords in a reading

That’s all for the Nine of Swords card. Although it’s maybe not the best card to draw in your reading, remember that the implication of the card is not that you have a bad life, but rather that you’ve allowed negative emotions to take over your entire existence.

Give yourself some time to take a close look at what is bothering you and how to turn things around again!

I hope this meaning made sense to you and would love to hear about your experiences with this card! 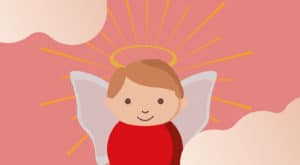 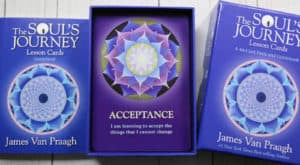 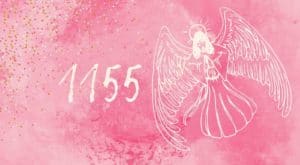