When the Ten of Swords appears in a reading, it is not a great omen. Number ten of this suit represents being backstabbed, hitting rock bottom, and experiencing failure and betrayal.

In a mental sense, it can foretell a breakdown and inability to cope with life’s circumstances. Although these aren’t positive implications, excessive worry isn’t the answer.

The situation that is impending will only be temporary and you have the strength you need to be able to weather the storm.

It may be difficult, but it won’t be impossible, and you will get through it!

The Ten of Swords tarot card depicts a man laying on his belly, lifeless, with ten swords stabbed into his back. His death seems morbid and unexpected.

The water in the background behind him remains calm and untouched, and the sky above him is black and ominous.

Many depictions show his blood running all around.

In others, the sun is still on the horizon, signifying that there is still a sliver of good to be found in all situations.

In the upright position, the Ten of Swords urges you to heed its warning. This could be an indication that someone close to you isn’t what they seem.

A close friend or family member may be badmouthing you and will jump at the first chance to stab you in the back.

Although there may not be much you can do to prevent this, you can prepare for the worst. Examine your close relationships.

Are the people you surround yourself with positive people that lift you up and encourage you?

Now may be the time to eliminate some dead weight before these relationships get the best of you.

In a career reading, the Ten of Swords might represent failure. A big project that you have been working on could go up in flames at any moment. The resulting emotions you feel will be defeat, despair, and anger.

Be careful not to allow one mistake or failure to determine how you feel about your career. No one is perfect and we all need to learn from our mistakes.

You can now take the knowledge that you have gained from your mishap and use it to ensure future projects don’t have the same outcome.

In a financial spread, the Ten of Swords predicts financial ruin. You must be wary of the way you are spending your money at this time. All it takes is one bad financial move to ruin everything that you have built.

Make sure that you are extensively vetting any investments before you make a purchase. The last thing you want to do is endanger your livelihood for a luxurious purchase that you don’t need.

The Ten of Swords in a love reading denotes divorce, separations, and breakups. A change in your partnership is likely coming whether you like it or not. This card could also be indicative of infidelity or dishonesty in your relationship as well.

The Ten of Swords is here to tell you that the end is coming and it is now the time to accept it. This person cannot come with you on the path that you are meant to be on.

Although it may be a hard time for you, the best thing you can do is push forward and move on to bigger and better things.

If you are single, the Ten of Swords signifies that you may be dwelling on a past relationship or hurt. Even if this love was riddled with problems and arguments, part of you is still wishing that it wasn’t over.

This reading is encouraging you to accept that what’s done is done and move on. You need to take time to get to know yourself and find that inner love once again. If you do, you can finally attract the person that you are meant to be with once and for all.

In a health spread, the Ten of Swords might mean that your health, either mental or physical, is not in a good place. You need to stop where you are and take some time to care for yourself.

If you neglect your health or ignore the issue, it is likely to get worse. Always remember that putting yourself first is the key to happiness and health in life.

In the reversed position, the Ten of Swords can signify things in your life improving, overcoming obstacles and forgiving those who have wronged you in the past.

You have served your time and you have finally found a way to cope and get out of the rut that you are in. No longer are you struggling with negative forces surrounding your life. Now is the time to rejoice and enjoy it – you have earned it!

Ten of Swords: Yes or No

The Ten of Swords has extremely negative implications. When it comes up in a reading, it tells a story of failure, hurt, and despair.

Because of this, the answer to your question in a yes or no reading is definitely no. It’s good to ‘go out on a limb,’ but not when such a defeating card is pulled.

In combination with other cards, the Ten of Swords is often an indication that you’re neglecting your own needs.

Take some serious “me-time” to focus on things that make you happy, especially if the Ten shows up in combination with the Empress or Lovers card.

Below you can find the most important combinations of the Ten of Swords.

Ten of Swords and The Empress

When the Ten of Swords and the Empress appear in a spread together, it means that you are neglecting your own needs.

Perhaps this is because you are allowing the bad things that happen to you to take over your life. It could also be that you are so caught up meeting everyone else’s wants, you’ve forgotten to focus on you.

If you are struggling with exhaustion or depression, what you feel doesn’t have to control you. Recognize those feelings, acknowledge them, and make an active decision to practice self-care anyway.

Ten of Swords and The Lovers

This combination tells us that you may be losing your identity in a relationship. Many times, this means that you are relying too heavily on your partner to validate you and make you feel loved and accepted.

While it is normal to crave attention and approval from your partner, you don’t need anyone’s validation to prove your own worth or identity. You are more than the relationship that you are in.

Take some serious time to focus on things that make you happy and spend plenty of time with your friends. This will ensure a happy and healthy romance all around for you and for your partner.

Ten of Swords and Temperance

This duo denotes someone bringing out the worst in you. Have you recently found yourself in a bad mood or acting out of character when you are around a friend or family member in your life?

The Ten of Swords and Temperance urge you to create some distance between yourself and this person. Surround yourself only with people that support you and make you happy.

Ten of Swords and Ace of Wands

If the Ten of Swords and the Ace of Wands appear in a spread together, you are likely to be starting a new life soon.

If you have been considering letting go of an addiction, moving to a new town or starting a new job, or leaving a friendship/relationship behind, this is a great indication that now is the perfect time to do that.

Ten of swords in a reading

That’s all for the Ten of Swords tarot card meaning. Although this card is in general not a good omen, remember that it’s just temporary and that you have the strength to be able to weather the storm.

I’m really curious if the meaning made sense to you! 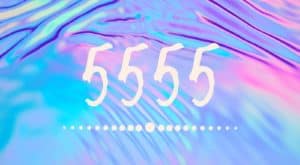 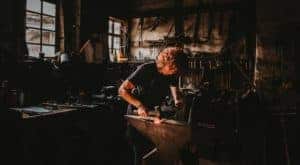 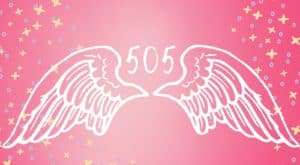