The Two of Swords tarot card appears in a reading when an obstacle has presented itself in your life. This problem won’t be easy to overcome.

In fact, it will take a great deal of effort on your part to eliminate. You might be feeling stuck or unsure of which way to turn.

The good news is, once you do resolve the problem that plagues you, you will find peace within. If you need more guidance on what meaning the Two of Swords might have for you, look below.

Before diving deeper into the upright- and reversed Two of Swords tarot card meaning, and its connection to love, career, and life, below are some quick facts and keywords of this Minor Arcana card.

To fully understand the Two of Swords tarot card meaning, we will first take a look at the illustration, colors, and symbolism of this Swords card.

The Two of Swords Tarot card depicts a blindfolded woman. She is seated and holding two identical swords in each of her crossed hands.

The two swords denote a crossroads or in some readings, a stalemate.

The rocks in the water behind the woman represent the obstacles that must be faced, just as a boat would have to surpass them to dock on the shore.

Although she could easily take her blindfold off and leave, for some reason, she stays bound. It seems like the woman has taken herself to a safe place to take some time to contemplate.

Her hair is parted and her third eye is visible as if to tell that the woman sees with her intuition.

The crescent moon up above is still in its growth face and symbolizes a growth phase and going throughout a cycle, just like the blindfolded woman going through a process of decision-making.

When the Two of Swords tarot card falls upright, it represents an internal or external battle. In some interpretations, the Two of Swords means unwillingness to see the truth of a situation or difficulty choosing a side in an argument.

The Two of Swords is not representative of negativity in your life, but rather it serves as a warning. If you have come to a crossroads and you are unsure of where to turn, you should bide your time and prepare yourself emotionally for the next step.

Have a little peace, do not take action, and contemplate before taking your next steps or making any decision.

Your opponent, whether it be a person or an internal struggle, will not go out without a fight. Now is the time to recharge your batteries so that you have the energy you will need to prevail.

When the Two of Swords is pulled in a career reading, there either is or will be a conflict at work in which you are caught in the middle. Maybe you feel stuck between two colleagues with differing views who are putting pressure on you to choose a side.

If you find yourself in this situation, you will undoubtedly feel anxious and stressed. These feelings will arise because you will want to be loyal to both people.

You will have difficulty choosing which person to side with. The same is true of two investments, career paths, or contract choices.

The best way to handle this situation is with critical thinking. Ensure that you have all the facts before you make a solid decision so that you have an explanation to back up your decision. This strategy will give you the peace of mind you need to make the right decision.

In a financial sense, the Two of Swords tells us that you are ignoring financial stress or refusing to see the truth of a financial matter.

The card calls for action in this matter and reminds you to act now if you are to avoid further financial worries. Take time to look at the situation carefully and put a plan in motion.

If you’re seeking love advice, the Two of Swords tarot card tells a story of a stalemate or a crossroads in a relationship. Perhaps you are frequently fighting with your partner, but aren’t ever able to come to an agreement.

Are you willing to do what it takes to bring peace back into your relationship? If so, a sit-down is in order. Once you put all of your cards on the table, you must decide if you want to stand firm or walk away.

If you are single, the Two of Swords illustrates a choice between two partners. The two suitors before you both bring something to your life. As a result, you might have trouble selecting the person to award your affections.

Again, you will need to look carefully at both sides. Your higher-self knows the right choice, so seek guidance from your inner self and not others.

The Two of Swords suggests that unexpressed or blocked emotions are negatively impacting your mental health. When you bottle up these feelings, the outcome is likely to be resentment or anxiety.

If you wish to release yourself, you must find a way to express your emotions and let the negativity slide away.

This may entail seeing a professional who will diagnose the root cause of the issue and help you to find the solution you seek. Other options include self-help reading, meditation, and chakra cleansing.

In this paragraph, we will talk a bit more about what it means if you’ve pulled the Two of Swords tarot card in the reversed position (upside down).

The traditional meaning of the Two of Swords in the reversed position is deception, particularly in partnerships.

It predicts that you will see the truth of a matter after a period of confusion indecision. Are you feeling stuck in an abusive or toxic friendship/relationship? Have you been sitting on your hands, afraid to make a decision?

This card appears in a reading to reassure you that the end is near. You will be able to see this person’s true colors and finally move on to a healthier relationship in the future.

Two of Swords: Yes or No

This card symbolizes a stalemate or divided loyalty. However, it also encourages seeking mental peace by resolving conflicts through the consideration of each side of the matter in question.

For these reasons, the Two of Swords is no definitive yes or no answer. You can consider the return to be “maybe.”

Two of Swords and Astrology

Perhaps when you look at the Two of Swords you are reminded of having to make a difficult decision, weighing options back and forth. The Swords suit corresponds to the air element and therefore air signs.

Libra is the air sign that corresponds easily with vacillating back and forth to make a decision. It’s the sign of balance and justice, but also the sign of love, beauty, and harmony and is ruled by the planet Venus.

The Two of Swords tarot card represents obstacles you need to overcome. Also combined with other cards this card can indicate barriers. Below you can find the most important card combinations of the Two of Swords.

Two of Swords and The Lovers

The combination of the Two of Swords and The Lovers in a reading poses a warning of blind love. You are ignoring or refusing to see something about your partner that might make them unworthy of the relationship you share.

Are you settling in your love life because you are afraid to be alone? If so, the Two of Swords urges you to consider your circumstances and act to improve the relationship or move on.

Two of Swords and the Five of Cups

When the Two of Swords and the Five of Cups appear alongside one another in a reading, the unnecessary drama has a seat in your life. Whether this is with a friend or a family member, you need to take steps to end the discord. Allowing the drama to take root in your mind is causing you mental anguish and instability. It is time to let it go.

Two of Swords and Knight of Cups

This duo urges you to avoid emotional attachment. It may be that you have begun a new romantic rendezvous with someone that you envision a future with. This reading solidifies that the relationship will not last.

If you allow yourself to become attached to this person, you will only get hurt in the end. Therefore, the Two of Swords combined with the Knight of Cups advises you to practice detaching with love.

Two of Swords and the Six of Pentacles

When drawn together in a reading, the Two of Swords and the Six of Pentacles heralds a peacekeeper. You will take someone that is in great need under your wing and build them up to their full potential. Don’t hesitate to throw a line out when you see someone struggling; it is your destiny to do so.

My favorite Two of Swords Cards

There are so many beautiful tarot decks and cards out there. I can lose myself just browsing the web for hours for tarot inspiration. To save you some time:) I added a small selection of my favorite Two of Swords tarot cards.

Two of Swords in a Reading

That’s all for the Two of Swords tarot meaning. If this Swords card showed up in your reading did our interpretation resonates with you?

Is there an internal or external battle in your life? Do you experience an unwillingness to see the truth of a situation or difficulty choosing a side in an argument?

If so, just remember that the Two of Swords is not representative of negativity in your life, but instead serves as a warning.

Our community loves to hear your thoughts, so please take a minute to let us know in the comments below! 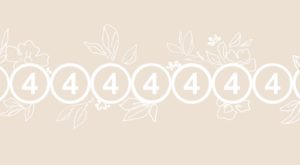 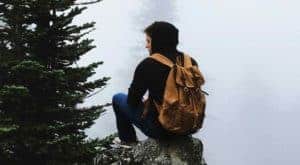