The Ace of this suit predicts a new beginning, and the Two of Wands shows what happens when a new adventure awaits you.

A card of personal freedom and choice, the Two of Wands represents two paths and you, with the ability to choose.

Are you dissatisfied and ready to find a new route? Which road will you travel down? Will the grass really be greener on the other side?

There are serious decisions to be made, but thankfully, the Two of Wands suggests you are well-equipped to make the tough calls.

Before diving deeper into the upright- and reversed Two of Wands card meaning, and its connection to love, work, and life, below a quick overview of the most important words connected to this Minor Arcana card.

To fully understand the Two of Wands tarot card meaning, we will first take a look at the illustration, its colors, and symbolism.

The face of the Two of Wands features a man standing at the top level of a tall castle. Stationed between two staffs (wands) he holds a globe in the palm of one hand, representing the enormous potential before him. He literally has the world in his hands.

The red coloring of his clothing suggests that he is ready for action. The orange represents both aspiration and contentment. The unique hat upon his head reminds us to be our authentic selves, regardless of the risk.

Although he clearly has a lot to be thankful for, the man depicted on the Two of Wands can’t help but wonder what life would be like ‘out there.’

As he looks out over a vast area, the wanderer’s eyes search the sea, mountains, valleys, and other building tops. What lies ahead for him? There’s really no way to know unless he takes the leap!

The upright Two of Wands is the ‘do I stay or do I go?’ card. It is a card of possibilities and what could be rather than what has been or what is to come.

A push toward partnership, the upright Two of Wands predicts success in creative ventures, especially those that involve partnership or cooperation.

If the Upright Two represents you or your situation in a reading, you truly have the world in your hands. Now, you must figure out what to do with it.

When it comes to money and progress at work or as an entrepreneur, the Two of Wands urges you to survey the situation carefully and then create a plan for success.

Now isn’t a time to ‘go out on a limb’ or be a ‘lone wolf.’ There is a very good possibility that you are about to begin a journey that will lead to financial success, but it won’t happen alone.

Find a mentor or colleague to partner with on your venture. Travel if you have the opportunity. Also, look for unique ways to make money that are different from anything you’ve imagined in the past.

This Minor Arcana card often represents relationships that start out long distance. Don’t be afraid to take a chance. If there is someone you have had your eye on for quite a while, don’t wait around. Consider making the first move.

There is also a feeling of newness with the Two of Wands in a love context, especially if you’re already committed, and often it will indicate the beginnings of a relationship that is established but in the earlier phases.

Are you going through hard times with your partner, become bored with your relationship, or met someone who you feel is a better fit? If so, exercise caution.

The old saying, ‘the grass isn’t always greener rings true here. Instead of ending things quickly, jumping into a new relationship, or starting an affair, take some time to work on the partnership you already have.

Communicate, go on date nights, maybe even do a tarot relationship spread together, and try to get that spark back before you take drastic measures.

If you have pulled the two of wands in a health or spirituality reading, you may be feeling off-balanced. Whether it is an illness, depression, or some other issue that has you down, now is the time to recenter yourself.

You may need to seek guidance from a healer who specializes in chakra balance, especially with crystals. Alignment is necessary and the time is now.

In this paragraph, we will talk a bit more about what it means if you’ve pulled the Two of Wands tarot card in the reversed position.

When life feels overwhelming, our natural instinct of ‘fight or flight’ kicks in. In reverse, the Two of Wands represents what happens when we give into limiting beliefs.

Although you have an opportunity in front of you, fear of something is holding you back. You must start by figuring out what it is that is making you afraid.

Are you scared to strike out alone? Has some trauma or tragedy caused you to lose your sense of adventure? Is there something stopping you from living your life as courageously as you would like? The Two of Wands asks you to conquer these insecurities one by one so you can step into your sense of personal power.

Two of Wands: Yes or No

The Two of Wands in a yes or no reading is more of a maybe rather than a no. The card suggests taking a chance, but as with life, the outcome cannot be determined.

This does not mean you should hold back. Instead, consider all options and make the choice that your higher consciousness suggests. If you are connected to your authentic self, you will know what to do next.

Two of Wands and Astrology

The Two of Wands is connected to the zodiac sign Aries. the sign of initiative, ambition, power, and confidence. Aries is ruled by Mars, the warrior of the planets. Mars is fiery, masculine, and can bring dramatic breakthroughs and revolutionary change. The structures of the past are torn apart to make progressive change.

Choices, decisions, and travel are all embodied by the Two of Wands. However, when paired with other tarot cards this meaning can slightly change. Below I’ve listed the most important card combinations.

Two of Wands and Death

The Death card and the Two of Wands are similar because they both represent change. When the two join together, the result can be dramatic shifts that are out of one’s control.

In these cases, it is not what happens, but your reaction that really matters.  So stay strong and keep your head up during bad times.

In the end, you will be even more proud of your successes after enduring so much difficulty.

Two of Wands and The High Priestess or the Hanged Man

The High Priestess is card number 2 of the Major Arcana and The Hanged Man is number 12. Because of the two connections, there is a strong link between the Two of Wands and these other ‘two’ cards.

When either is paired, a ‘pause’ or ‘waiting period’ will or should follow. Like the Death combo, this may predict a situation where the ball is in someone else’s court and you have no choice but to wait it out.

Two of Wands and Two of Pentacles and/or the Emperor

When the Two of Wands and Two of Pentacles link up, a powerful business partnership is predicted. More than that, this connection is sure to bring financial gain.

If the Emperor is involved, a financial benefactor might be ready to fund a new venture.

Two of Wands and Temperance

Temperance is another Major Arcana card that often shows up with the Two of Wands. Together, they predict cooperation and a successful idea or business venture. There will surely be a balance here, no matter what direction you take.

Two of Wands and Six of Swords

Are you thinking of moving to a new place? Or do you have doubts about your relationship? When the Two of Wands shows up together with the Six of Swords, the cards are telling you that it’s time to move on.

This combination assures you that change is needed and will improve your situation for the better.

Two of wands and the Tower

The description of the Two of Wands in this article is based on the Rider-Waite Tarot deck. This doesn’t mean that I use other decks too. And there are so many stunning decks out there! Therefore, I added some of my favorite Two of Wands cards to this article.

The Two of Wands in a Reading

That’s all for the Two of Wands Tarot card meaning! Can’t get enough? Learn how to read Tarot in this Tarot Beginners Guide or read more about the other major arcana cards here.

If you have pulled the Two of Wands card in your tarot spread, did the meaning make sense to your situation in life?

Previous Post: « 29 Best Yoga Books to help deepen your mind and practice
Next Post: Using Chakra Affirmations to Heal Your Body and Mind » 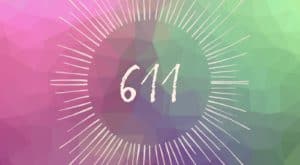 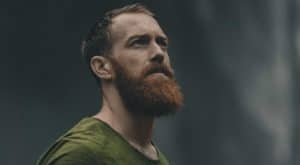 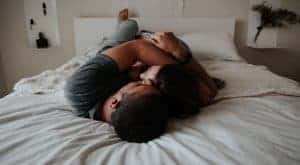