Are you ready to defend yourself? If not, it’s time to find the courage to stand your ground. The Nine of Wands represents an ongoing battle that affects both body and mind. You are halfway through the ward, so now isn’t the time to give up.

This Minor Arcana card is a reminder that although there is a time for compromise, there are some things on which you shouldn’t waver. Determination will help you get through this challenging time–if you’re ready for the challenge.

Before diving deeper into the upright- and reversed nine of wands card meaning, and its connection to love, work, and life, first a quick overview of the most important words connected to this Minor Arcana card.

To fully understand the Nine of Wands tarot card meaning, we will first take a look at the illustration, colors, and symbolism.

The image on the Nine of Wands Tarot card depicts a weary-looking man leaning against one of nine tall staffs. Standing upright behind him are the other eight wands which are placed in a fence-like position.

With a bandage around his head, the man appears to be injured. At best, he is exhausted from the battle he’s either engaged in or just finished.

Although battered and bruised, the look on his face is one of determination, not defeat.

The Upright Nine of Wands presses you to draw your strength to finish despite fatigue. There are some things that are difficult to bear, no matter how positive we try to be.

Chaos, confusion, heartbreak, and life’s ups and downs don’t have to throw us off balance. Even if we have no control over what life throws our way, our reactions are always of our own choosing.

So if this card shows up, consider it as a sign to keep on going, as the universe is testing your resilience. No matter how tired you are, do not allow yourself to give up. You’re almost there, so there is no point in turning away, even if it’s challenging.

If the nine of wands card appears in relation to a career or finances, things may be in limbo. Are you clashing with coworkers or facing a layoff? Does it seem like you can’t get ahead no matter how hard you try?

If so, it might be tempting to quit or give up. Despite how things feel, doing so would only compound your problems.

Instead, steady yourself and come up with a solid plan for moving forward. Do you need to go back to school or look for a new position? Should you come up with a new budget and tighten your spending?

Do what you need to do to make it through these rough times, keeping your resolve regardless of how difficult things may appear.

Rocky romances are often connected to the Nine of Wands in a love context. If you are single at the moment, this situation may be one of the past and not the present.

Either way, the message is the same: negative or otherwise draining relationships can zap us of our energy. If this is the case for you, take a hard look at the friendship or romantic connection. Is it one that is worth saving?

At the end of the day, your relationship with yourself is the most important one you will ever have. You must defend your own well-being at all times. This may involve building a peaceful fence of protection to keep out others’ negative vibes.

Nothing weighs us down like worries about how things will all work out. Many times we put on a brave face for others, appearing to have it all together when on the inside, we are really falling apart.

Sure, we would love to be ‘balanced’ and ‘focused,’ but how can we in times like these? Here are a few suggestions:

If you are facing a physical hurdle rather than a mental one, pursue all treatment options. Once you have worked with a specialist to create a concrete plan, see it through.

In this paragraph, we will talk a bit more about what it means if you’ve pulled the Nine of Wands tarot card in the reversed position (upside down).

The Reversed Nine of Wands represents a situation that is a bit different than the one described by the upright meaning.

The Upright Nine of Wands symbolizes a battle caused by others in which you must stand firm. When flipped upside down, the Tarot suggests that you are the creator of your own turmoil and that compromise is necessary.

It is human nature to shirk responsibility and pass the blame to others. In one of the most famous self-help books of all time, How to Win Friends and Influence People, author Dale Carnegie discusses this phenomenon.

He gives an example of some of the most famous murderers and gangsters in history going down, still believing that they were good guys who had done nothing wrong.

Although we should always stand up for what we think is right, stubbornness and pride only lead to resentment and frustration. If you can’t compromise and work through a situation, it might be time to remove yourself from it altogether.

Nine of Wands: Yes or No

The Nine of Wands in a yes or no reading is a toss-up between no and maybe. If your question is about standing firm on a decision you really believe in, perhaps you should. As far as moving forward with new ventures or relationships, it’s probably wiser to wait things out. Otherwise, worry, exhaustion, and discontent might emerge.

Nine of Wands and Astrology

The Nine of Wands is connected to the zodiac sign Sagittarius. Independence and the ability to do what they want are very important for people with this sign. They have a love for adventure and exploration and are considered outgoing. Sagittarius is ruled by Jupiter, the planet of religion, philosophy, spirituality, wealth, and progeny.

Dilemma’s, feelings of abandonment, and resentment: when combined with other cards, the meaning of the Nine of Wands can slightly change. Below you can find the most important combinations of this Wands card.

The Nine of Wands and the Sun

This combination suggests that whatever you are wrestling with has become a considerable part of your life. In fact, all your thoughts and decisions may be wrapped up in this dilemma.

The sun card suggests that the only way to rectify the situation is to do what you can and then let go. Even if things aren’t the way you would like them to be, acceptance is the way to gain peace.

The Nine of Wands and the Hermit

Do you feel like you are fighting every battle alone? The Hermit and Nine of Wands connection suggest feelings of isolation and abandonment.

For example, someone going through a breakup or some other loss may feel they have no one to talk to. A person going through a rough time financially might feel as there is no one around to offer support.

As painful as this might be, it isn’t necessarily a bad thing. The Hermit urges you to connect to your own higher self. Don’t allow your judgment to be clouded by the thoughts and opinions of others. Draw from hidden reservoirs deep within yourself and continue your path until your journey is complete.

The Nine of Wands and the Empress

The Empress, when paired with the Nine of Wands, represents feelings of resentment. Lately, you may be feeling like someone is trying to take advantage of you. These types of emotions can cause significant damage if ignored and not dealt with.

As hard as it will be, you need to open up and express your feelings using ‘I statements’ such as “I feel…” or “I need…” It is important not to criticize or be on the attack.

Try to stand the other person’s point of view, and if you still feel uneasy about the situation, take a short break to recoup and gather your thoughts. After this, stand firm on how you really feel and know that as long as you are true to yourself, any situation will work itself out for your benefit.

The Nine of Wands in a Reading

That’s all for the Nine of Wands meaning! Can’t get enough? If you have pulled the upright or reversed Nine of Wands card in your spread, did the meaning make sense to your situation in life?

Previous Post: « What Are Spirit Guides and How To Communicate With Them
Next Post: Ten of Wands Tarot Card Meaning » 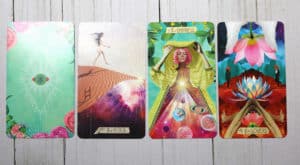 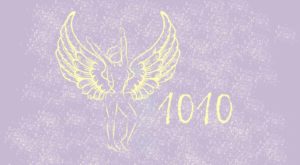 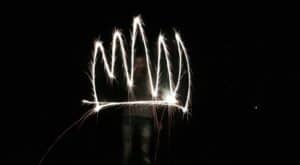 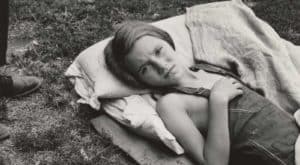 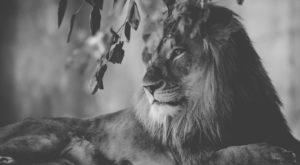