The Ten of Wands is similar to the Nine of Wands in that both cards represent life’s struggles. But unlike the card before, the Ten of Wands symbolizes what it truly feels like to carry a heavy burden.

Whether it’s physical, financial, emotional, or spiritual, having too much on your plate can lead to an existence that seems more like a burden than a blessing.

What can you learn about balancing responsibility from this Minor Arcana card? Is there any way to turn your troubles into triumph? Keep reading to find out more.

Before diving deeper into the upright- and reversed ten of wands card meaning, and its connection to love, work, and life, first a quick overview of the most important words connected to this Minor Arcana card.

To fully understand the Ten of Wands tarot card meaning, we will first take a look at the illustration, colors, and symbolism.

On the face of the Ten of Wands, a man is carrying a bundle of ten wands. These sticks seem heavy as he is bowed over a bit.

Because he is walking toward a town, we cannot see the expression on his face. Is it one of distress? Or perhaps exhaustion?

Does he look happy to be nearing his destination, we can only guess. What is clear is that for the time being, the young man seems to be overloaded. Is there something that he could do to lift his burden just a bit?

Every meaning connected to the Upright Ten of Wands has to do with hard work. Although it is essential to be diligent and responsible, anything in excess can be unhealthy.

Many of us are people pleasers by nature. We take on too many projects and tasks because we feel guilty when saying ‘no’ or ‘I can’t.’ The Ten of Wands warns against this bad habit.

Although helping others is noble, extending yourself financially, emotionally, or physically in the name of ‘helping’ can be toxic. If this card has appeared in your reading, take a hard look at where your time and energy are focused.

The Ten of Wands often appears in a money and career reading when someone is feeling overworked, underpaid, and underappreciated. At times, you feel like you can see the light at the end of the tunnel.

However, the day-to-day grind can make it hard to keep faith. If you look at the Ten of Wands a little closer, you’ll notice that the staffs are blocking the man’s ability to see the route.

Sometimes, we have everything we need to succeed but fail anyway because we are focused on the now instead of the bigger picture. What financial and career-related goals do you have? Are there material things you really want to attain like a new home or car?

Take a bird’s eye view of the situation. What do you have going for you that can help you make this happen? Make a list of these and focus on the positive.

In love and relationships, the Ten of Wands represents someone who feels as if he or she is putting forth all of the efforts. There is an imbalance in the relationship, with one person assuming all of the responsibility while the other person focuses on other things.

This often appears in readings where one spouse is a workaholic or otherwise preoccupied. The other spouse might feel like he/she is carrying the emotional load.

Of course, every situation is different, but if these feelings are not dealt with, they can easily fester into resentment.

If you’re single, the Ten of Wands suggests that you have too much baggage to be successful in a relationship.

This same meaning comes up with couples who are struggling to let go of the past as well. It’s tough to focus on the future if you are still struggling with the weight of things that you are supposed to leave behind.

If this is you, put down your wands and walk courageously into your future.

Stress does kill! It can hurt both your body and mind. If you are feeling intense pressure that is presenting itself physically or mentally, it is time to make yourself a top priority.

You may have to make some tough sacrifices that are for your greater good. Continuing on with the weight of the world on your shoulders will only lead to a breakdown.

Take some time to tame your schedule. Are there things that you can cut back or cut out altogether? Start by setting aside just two hours a week that you can dedicate to your own health and spiritual goals.

In this paragraph, we will talk a bit more about what it means if you’ve pulled the Ten of Wands tarot card in the reversed position (upside down).

Are you or someone in your life having trouble taking responsibility because of fear, lack, or insecurity? The Reversed Ten of Wands doesn’t represent laziness.

It highlights a situation in which someone feels so overwhelmed that they buckle under pressure. Because the weight of the world is on them, they freeze out of fear.

If you are in ‘overload mode’ and have lost your motivation or drive, don’t be hard on yourself. Instead, accept where you are and take some time to ‘reset.’ You’ll feel much better once you let go of having to do it all and focus on what is most important to you.

Ten of Wands: Yes or No

Because the Ten of Wands overall meaning has to do with being overburdened, the answer to yes or no questions involving this card alone is no.

Like adding too many blocks to a tower, making serious decisions at this time could cause everything to come tumbling down.

Instead of acting, take some time to relieve yourself of current responsibilities that have you on ‘overload.’ Then you’ll be in a much better position to question major decisions and relationships.

Ten of Wands and Astrology

When combined with other cards, the meaning of the Ten of Wands can slightly change. Below you can find the most important combinations of this Wands card.

Ten of Wands and the Magician

There’s nothing wrong with working hard to prove yourself. In fact, the message of the Magician and the Ten of Wands together is that you need to prove yourself through great effort. If there is something that you really want (i.e., a promotion, a relationship), the Magician urges you to ‘show and tell.’ Put in the blood, sweat, and tears, and the reward will be yours.

Ten of Wands and the Empress

The Empress is an earth card, representing a nurturing and mothering spirit. Unlike the Emporer, her desire is not to control. Instead, her passion is to help.

Many of us, especially women, take on the role of the Empress. We have a deep desire to assist and please others. This is human nature. However, it is impossible to make others happy all the time. To try and do so only adds to internal unhappiness and feelings of low self-worth.

Instead of taking on or giving too much, try to focus on your own internal needs. Are there things inside of you that you are neglecting by putting all of your energy toward external things? If so, now is the time to make a change.

Ten of Wands and the Nine of Cups

This card combination isn’t an obvious one, but it still holds a powerful message. It is important to honor our commitments, but not to the point that work and worldly possessions rule us. Some people place a lot of value on money and material things, and that’s okay!

But what about the other parts of life like the connection with self, a higher power, family, and friends? The Nine of Cups and Ten of Wands warn against being so wrapped up in achievement that you neglect everything else.

Ten of Wands and the Hanged Man

Stop hanging on. This is the guidance provided by the Ten of Wands and the Hanged Man. There is no way to move forward if you are still holding on to the hurt of the past.

It is always good to learn from our experiences, but we shouldn’t allow these life lessons to keep us bound. Lay down all of the wands that no longer serve you.

Doing so will lighten your burden and propel you toward a much brighter future.

The Ten of Wands FAQ

The response and questions I received from my readers (you!) are overwhelming. I am extremely grateful to have this interaction and while I am responding to every message I get, I’m answering the most frequently asked tarot questions about the Ten of Wands meaning and general tarot card questions here.

What is the General Meaning of the Suit of Wands?

The Suit of Wands is most closely associated with fire and energy, a creative kind, that breathes life into things that did not exist before. The wand cards represent spirituality, inspiration, ambition, competition, and the desire for power. Find here all the Wands tarot card meanings.

Does the Ten of Wands Indicate a Yes or No in a Tarot Reading?

The overall meaning of the Ten of Wands has to do with having too much on your plate, the answer to yes or no questions involving this card alone is no.

What is the Ten of Wands Love Meaning?

Do you feel as if you’re putting forth all of the efforts, while your partner focuses on other things? In love and relationships, the Ten of Wands indicates an imbalance in your relationship.

The Ten of Wands in a Reading

That’s all for the Ten of Wands meaning! Can’t get enough? If you have pulled the upright or reversed Ten of Wands card in your spread, did the meaning make sense to your situation in life?

Previous Post: « Nine of Wands Tarot Card Meaning
Next Post: What Is A Spiritual Awakening? The 11 Signs & Stages Explained » 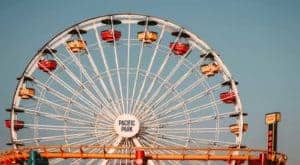 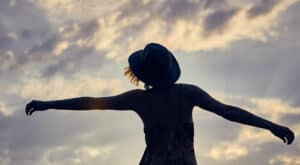 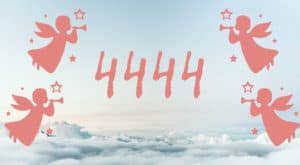