Positive energy and a desire to move things along are about to take hold. Things that you’ve hoped for are going to manifest much sooner than you think.

It’s time to put your running shoes on and prepare yourself for the increase in pace!

Before diving deeper into the upright- and reversed Eight of Wands card meaning, and its connection to love, work, and life, we will start with a quick overview of the most important words connected to this Wands card.

To fully understand the Eight of Wands tarot card meaning, we will first take a look at the illustration, colors, and symbolism of this Swords card.

In some ways, the illustration of the Eight of Wands in the Rider-Waite deck doesn’t really match the energy of this card. The drawing on the face of this eight is a simple one that suggests many things are ‘up in the air’.

There are no people in this card, which makes it unique when compared to most of the other cards in the Minor Arcana.

Instead, the meaning is presented through eight wands (walking sticks) sailing through a blue sky.

Other than these powerful staffs, a few mountains and a river are depicted. However, their placement has little meaning.

The central message here is that much can be gained when you send out rockets (or wands) of desire and focus only on the things that are important.

The great storyteller, Aesop, might have believed that slow and steady wins the race, but the Eight of Wands begs to differ. Movement, travel, and exciting projects are in store for those visited by the Eight of Wands.

This card often shows up when visitors are coming. Enthusiasm and other positive feelings will probably appear, as well.

If you’re feeling stuck or on a plateau in any area of life, things are about to turn. It’s time to strike while the iron is hot and create an exciting and new existence.

Are you at a plateau? Now is the time to kick things into high gear and move toward your financial and business goals.

Don’t be afraid to work late, rush into new areas, complete any unfinished business that might be holding you back.

The Eight of Wands is also a card of ‘news,’ so it’s likely that you will soon obtain some much-needed information.

This and serious effort on your part will be enough to catapult you to the next level in any area on which you are focused.

The Eight of Wands is more of a love card than it is a career-focused one. The wands can represent Cupid’s arrow.

If you are looking for love, a whirl-wind romance is headed your way. Although you’ll probably fall deeply and quickly, make sure to use a bit of caution.

It takes more than just an instant attraction to sustain a relationship. Get to know your new beau on a deeper level once he or she arrives. Otherwise, your connection might be a dud.

If you are already committed, now is the time to fall in love with your partner all over again. Go on dates and find ways to spice things up.

Look for exciting things to do together – just you two: no kids, no pets, only one on one time. Introducing new elements keeps a partnership healthy over time.

When it comes to health, the Eight of Wands doesn’t always bring the best news, especially in the reversed position.

Are you sick? Do you lack energy? Are you suffering from depression? Although you will recover from whatever you’re suffering from, it might be a long wait.

It’s important not to be hasty in this regard. Pushing too fast or too hard can only make things more challenging.

Again, set your intention on what you want (i.e., recovery, excellent health) and refuse to give in to any thoughts that are not supportive of these goals.

Think about all you have learned about the Eight of Wands in the upright position and flip it. This is the Reversed Eight of Wands.

Things will move slowly, little progress will be made, and important travel plans may have to be canceled.

Whatever you have in mind at this moment probably won’t work out the way you would hope. If this is the case, try not to panic or get out of control. This will only fuel the negative experiences and make them worse–like a snowball effect.

Instead, take things one day at a time and try to take care of as much unfinished business as possible. Tough times won’t last forever, and you’ll be back at a steady pace in no time.

Eight of Wands: Yes or No

If your question is about moving or travel, the answer is a definite ‘yes.’

Romance is a little more quickly since the Eight of Wands can represent romantic flings that fizzle out as quickly as they begin.

One way to be sure is to pull more cards and see what energy the Eight of Wands puts out in connection with the others.

Eight of Wands and Astrology

The Eight of Wands is connected to the zodiac sign Sagittarius. This sign, ruled by Jupiter – the planet of luck, is known for its optimism and idealism. A Sagittarius is an adventurer, a risk-taker, and has a sharp business mentality. People with this sign seem to be effortlessly magnetic and they easily attract what they wish for. That’s why this sign is also related to the sign of abundance.

Gaining momentum, exciting times, and action are the main themes of the Eight of Wands. In combination with other cards, these themes are also present, but the meaning can slightly change. Below you can find the most common Eight of Wands card combinations.

The Eight of Wands and the Fool or Temperance

Get ready for an adventure, just like the Fool! Now is the time to see the world. If you haven’t booked a trip, do so soon. You are sure to have a good time and maybe open up some doors for a future move. If it is Temperance that has appeared, your travel will be long distance.

The Eight of Wands and the Moon

The Eight of Wands combined with the Moon is a very powerful combination that tells you to follow your instinct. Even if this doesn’t seem right or is very difficult.

In the end, it will turn out that your gut feeling was right and you will be rewarded for listening to your inner self.

While this may prove difficult as there are many people trying to sway you, you’ll be much happier in the long run if you listen to your gut.

The Eight of Wands and the Page of Cups

Although the Eight of Wands suggest moving ‘full steam ahead,’ balance is always essential. Especially with love and finances, you shouldn’t be too impulsive.

Losing out romantically and monetarily can be especially painful when we leap without looking. If the Page of Cups shows up with this eight, proceed with caution.

The Eight of Wands and the World

When the Eight of Wands is combined with the World card, shift your focus to education. You have so much to learn. This might mean going back to school, taking courses connected to your career, or learning more about spiritual tools like Tarot.

What is it that you are interested in? The answer to this question is a good place to start.

What do you think of the Eight of Wands?

That’s all for the Eight of Wands Tarot card meaning! If you have pulled this card in your tarot spread, did the meaning make sense to your situation in life? 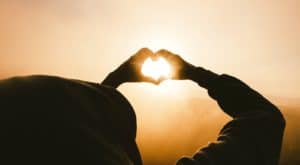 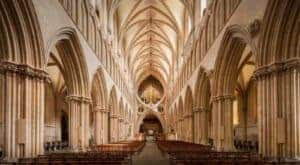